As I was assembling this journey, I made arrangements in order to get the most time possible in cities where I would be laying over. Singapore was the first and best example. So after departing Sydney on Monday eve, I arrived 5-6 hours later in Honolulu on Monday morning at 6. (Don't think about it.) My next flight was scheduled for 10:30 that night, so I had a whole day to ride the buses and see what I could find. Since the art museum was closed, I can only report on Art more casually - from the airport to the beaches. But first, there was the traditional lei ceremony:


Then some airport art:


Downtown to a few sculptures: 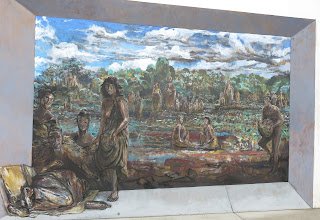 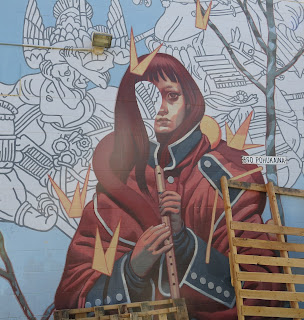 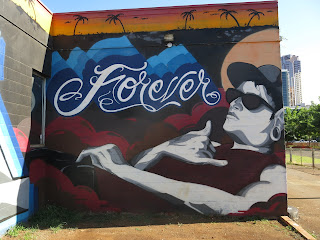 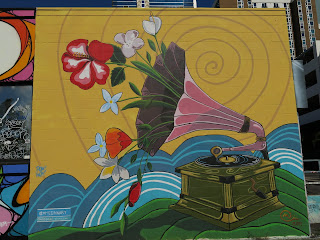 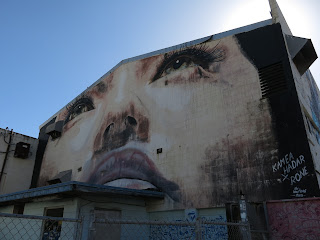 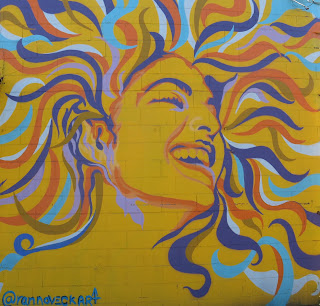 The bus indicated that it was going to Diamond Head, but turned around at this nice cactus garden: 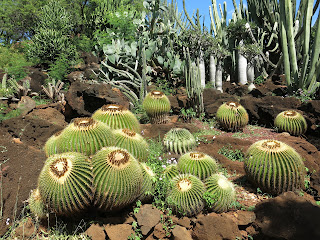 Had lunch with the natives at the world famous Rainbow Drive-In: 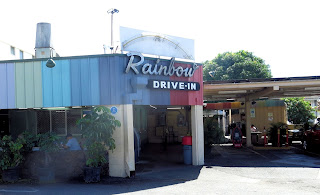 Then, I was searching for a statue of a surfer on the beach, when I found myself at Ala Moana Park, near Waikiki.


There, stretched along the beach, were at least a dozen wedding couples posing for photos. Some of the grooms even wore long pants. 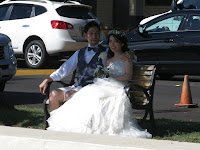 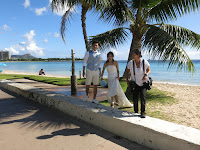 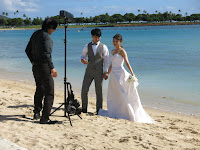 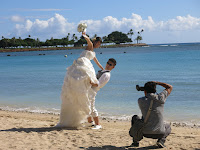 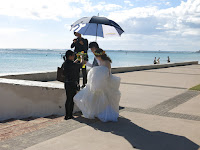 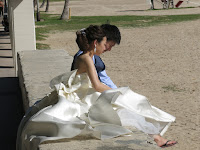 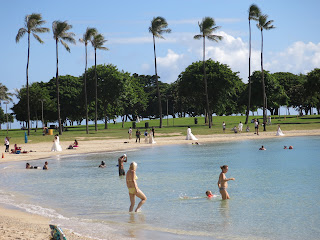 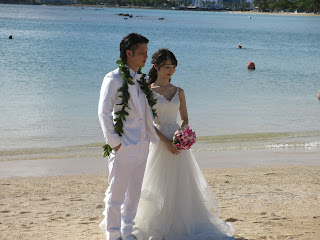 Then back to the airport.  Aloha. 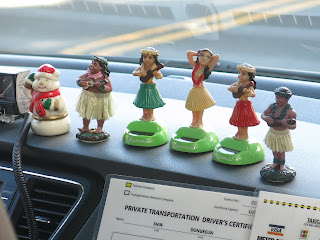