Just one more stop before heading home. After seeing Niki de Saint Phalle's Tarot Garden, last summer, I decided to see some more so routed my trip through San Diego. Niki moved there, for health reasons, in 1994 until she passed away in 2002. She left behind some of the only work she did in the United States. 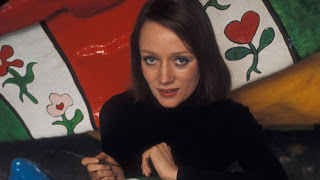 There are a few sculptures around the city that were unavailable due to construction at the Mingei Museum. And her last masterwork: Queen Califia’s Magical Circle, in Escondido, was clearly out of my range. But I got around and saw some stuff.

Since I was limited to public transportation, it became a challenge to see how much I could in less than one day. I began at the train station, the Santa Fe Depot, which opened on March 8, 1915, to accommodate visitors to the Panama-California Exposition. 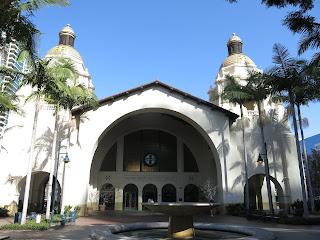 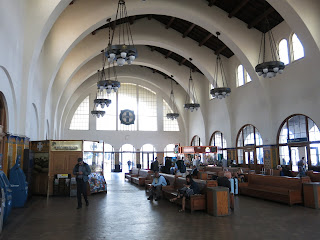 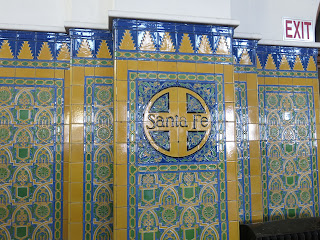 I began by heading north to Balboa Park, the site of the 1915 exposition, where many of the remaining buildings are now homes to a host of museums and institutions, and a fun place to visit. Among them, is the San Diego Museum of Art. 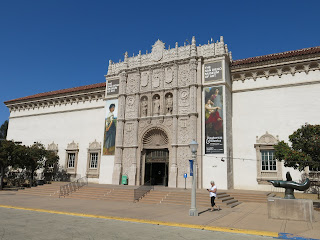 The museum's permanent collection included quite a few women artists:


CLICK HERE to see the men.  There are some good ones.

In addition, they were having the Abstract Revolution, highlighting the work of Lee Krasner, Elaine de Kooning, Helen Frankenthaler, and Deborah Remington as well as the work of contemporary artist Mary Heilmann.  Photos were not permitted.


Then it was up to UCSD in La Jolla:


Out to Liberty Station:


And back to the Convention Center.


There was also a Jaume Plensa, downtown.


With so few buses, I actually walked back to the airport.  Plenty tired for my flight home.