A Quick Trip to NYC

There were two shows in New York that we wanted to see, so decided to take a chance on the weather and venture North.  First stop, South of the Border. Maybe not Art, but we needed gas. 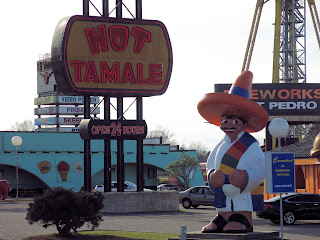 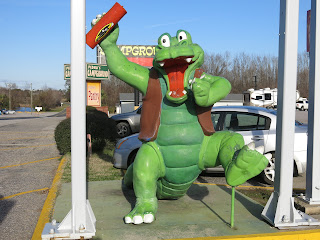 WILSON, NC, provided a more artistic diversion where, in the center of town, we saw the whirligig visions of Vollis Simpson. Vollis died in May, 2013 and Wilson has celebrated his creations every year with a festival. While we admired the work, a woman with a walker came through and told us stories about Simpson and the park. 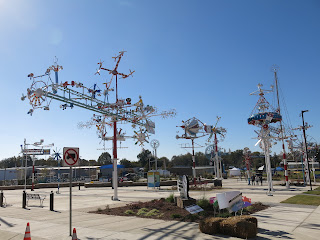 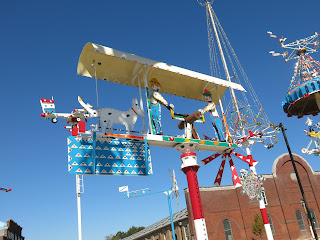 After spending the night on the road, we arrived in PHILADELPHIA in time to have a nice visit with Marie's friend Esther. This was followed by a visit to Marie's sister which was supposed to include a visit to the Allentown Art Museum, but did not. It was not until Friday before we could go see some Art. We began at Ursinus College in Collegeville, PA, one-hour NW of Philadelphia, in Montgomery County. A private school established in 1869 on a 120-acre campus, Phillip and Muriel Berman took it upon themselves to decorate the campus with art. There are sixty-six sculptures identified on the map I was given, but I know there are more that are not shown. Then, in 1987 the Bermans announced the establishment of an art museum on the Ursinus campus. It was cold and the campus looked all but deserted, as we hurried from sculpture to sculpture, trying to get as many as possible before giving into frozen fingers. 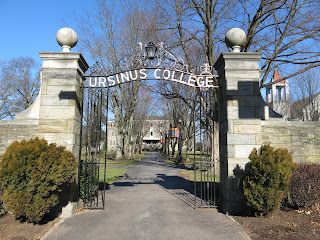 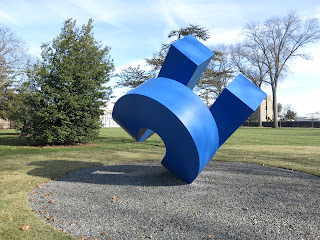 From Collegeville we traveled forty minutes back toward the City, stopping at the Woodmere Art Museum in Chestnut Hill. Purchased by Charles Knox Smith, who made his money in Mexican mines, in 1898 with the intent of converting the house into a showplace for his collection of contemporary art, Woodmere was opened to the public in 1910. We enjoyed the sculpture garden before going inside to get warm. 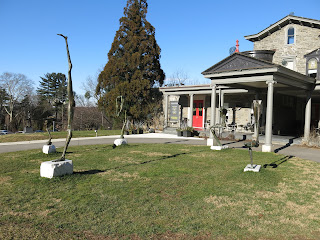 
There was a little of this a little of that, with the most impressive work coming from Violet Oakley. In 1908, banker Charlton Yarnell saw Violet's work on murals in the Pennsylvania State Capitol and hired her to create murals for his new mansion at 17th and Locust Streets in Philadelphia. The paintings were called The Building of the House of Wisdom. Three lunettes represent the ages of man from childhood through youth and maturity. When the Yarnall House was remodeled in the 1960s, the murals were rescued and brought to Woodmere by Edith Emerson, the Museum's first director and Oakley's partner.


I have not yet mentioned that it was very cold, though I won't say "brutally cold." But then the forecast turned against use with predictions for snow on Saturday and Sunday. We decided to get up early and get into NEW YORK CITY, see the two shows we had intended, and then head directly south and not stay one more night in Philly as we had planned. There was very little traffic as we made our way through New Jersey to the Goethals Bridge and Staten Island where we caught the ferry to Manhattan. Parking is just $8, accepts credit cards now and the Ferry is still free. Waved to the Statue of Liberty, landed at Battery Park, and made our way across to the subway station and the No. 5 train uptown. Changed trains at Grand Central to a local to 86th Street and walked to Fifth Ave and the Guggenheim Museum.

The featured show is called Hilma af Klint: Paintings for the Future. This is her first major retrospective for this pioneering Swedish artist, and will call attention to the fact that she was painting abstract forms well before Kandinsky, who is given credit for being the first. Regardless, I still have not come up with an adequate word to describe my reaction to the exhibition. I liked it a lot, especially the large canvases. And I was certainly delighted, but it was more than that. What do you think? 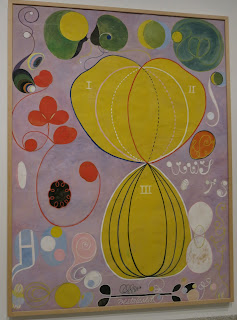 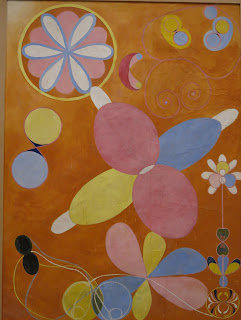 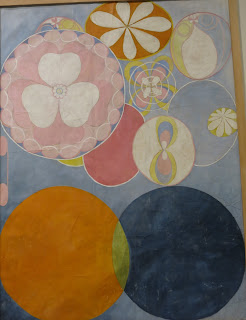 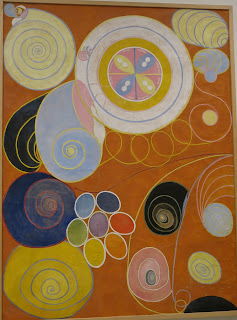 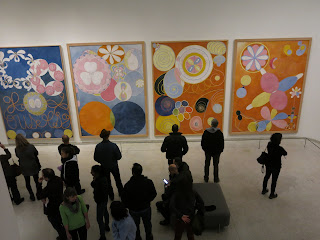 Paintings hung in side galleries as well as along the famous spiral.  The titles are mostly about cataloguing, so I'll leave them out. 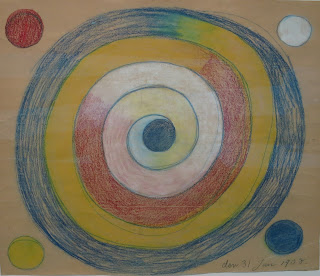 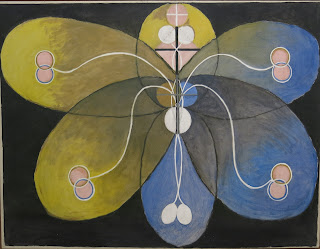 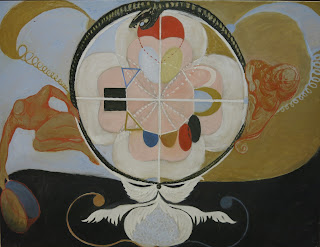 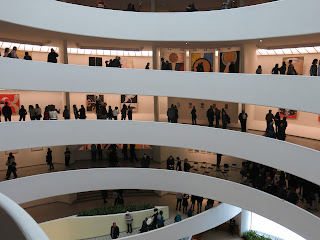 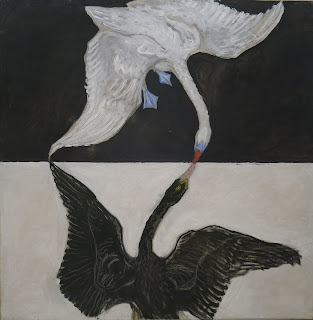 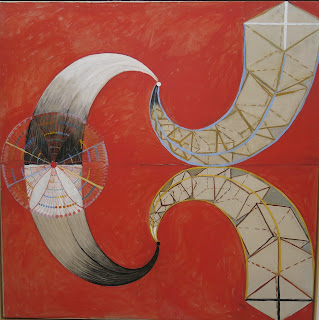 There is also a side gallery containing a few pieces from the Guggenheim's permanent collection. 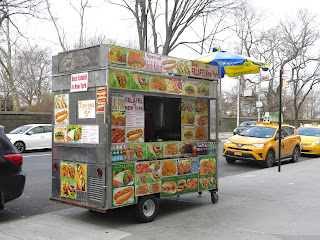 Then we hurried back down Fifth Avenue to the Neue Galerie where they were having a special show of art by Franz Marc and August Macke. This is the first exhibition in the United States devoted to these two German artists. The story is both long and short as they met in 1910 and became close friends and associates, but then Macke died in battle in 1914 on the Western Front and Marc was killed likewise near Verdun in 1916. Like visiting old friends, for us. Photos were not allowed in the museum, but here are a couple of images that I know were in the show:

We didn't hurry, but when we were done, it was back down to Battery Park and the Ferry, and the New Jersey Turnpike. The snow got progressively heavier as we drove south and was forced to spend the night in Stafford, VA. The next day we drove home. Totally worth it. 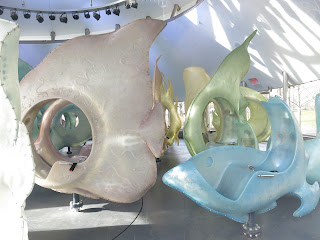 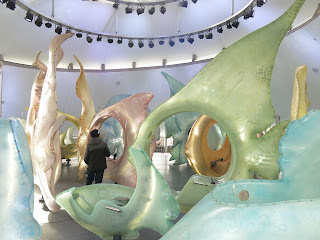